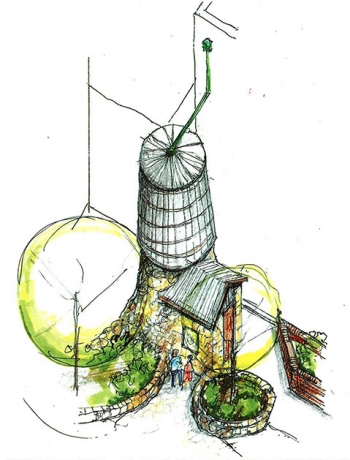 Heritage Park will be a pocket park in downtown historic San Angelo and is operating under the aegis of the San Angelo Area Foundation (SAAF) as a special project of the Foundation. In this role, SAAF is the fiscal sponsor, holding property, funds, receipting donations, paying consultants, engineers and architects, and ultimately paying for the construction of the improvements for Heritage Park.

In 2013, J. Willis Johnson III, donated property at the corner of Twohig Avenue and Oakes Street to SAAF for the creation of a park in downtown San Angelo. This property had been in the family of Mr. Johnson for three generations and the donor desired to make the space a public space in perpetuity. SAAF is a 501(3)c public charity known as a community foundation created in 2002, serving San Angelo and the surrounding area as a means to accomplish effective and efficient philanthropy. Each fund at the Foundation carries out its own unique charitable mission and it is the charitable desire of Mr. Johnson, that Heritage Park Fund will provide for a public space in downtown San Angelo, that provides respite from the traditional hustle and bustle of downtown, memorializing the efforts of pioneering families settling the wild west in the 19th century, while providing educational opportunities for water conservation, of which all funding is through charitable grants and donations. 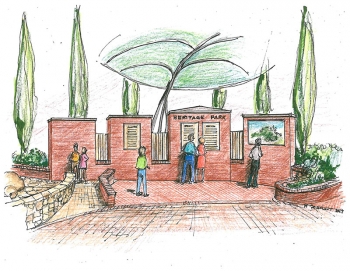